Pan African quality network provider, Paratus has appointed Martin Cox as its Group Chief Commercial Officer.  Cox brings a wealth of experience as a founder shareholder of Neotel and Executive for Strategy, Commercial and M&A at Internet Solutions.  He will run the commercial operation for Paratus from Johannesburg, South Africa, where he will focus on driving the company’s aggressive growth plans for its expansion in Africa.

UK born and educated, Martin Cox is a qualified lawyer and MBA graduate.  His work in the international telecommunications sector began when he worked in the late ‘90s with a private equity development company that invested in telecom operators in emerging markets.  Investments included Axtel (Mexico) in 1997 which is now a US$650m revenue operator, Celtel (the pan-African mobile operator) in 1998, and Neotel (South Africa) in 2003 growing it to a near R4bn turnover company within 8 years of operation.    At Neotel, Martin was one of the founder executives who was initially responsible for raising the financing before taking over strategy and then sales functions, growing revenue to near R4-bn revenue before Neotel was acquired by Liquid Telecommunications.   More recently, Martin had responsibility for Strategy, Commercial and M&A Internet Solutions (part of the Dimension Data Group), where he acquired MWEB consumer ISP, sold off non-core network assets and was responsible for increasing overall operational profitability.  Martin has been an Independent Non-Executive Director on the Paratus Group board for the last year and this appointment signals his move to becoming an active executive as the company drives its African growth strategy.

Paratus Group CEO, Barney Harmse says: “This is not only a new appointment but also an extremely important one for the group.   It sends out a strong message to the market in Africa and we are very excited to welcome Martin to the Paratus team.   His verve, knowledge, and big thinking, coupled with his acute commercial acumen, are a perfect fit for Paratus as we embark on our next wave of growth.”

Martin Cox believes that Paratus is a gold mine.  “The values, the work ethic and the sheer grit of the people within Paratus are all infectious – and what the company has achieved in its African markets is impressive.  I really look forward to working with the Paratus team and to cementing new partnerships for the business. I am excited about the immense potential there is for Paratus to drive the future in telecoms in Africa.”

Martin is married to South African, Geraldine, has three daughters, and lives in Johannesburg. 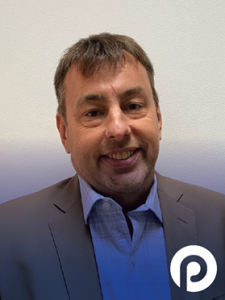 Paratus is Africa’s quality network.  With an eye on the future, the group is investing in infrastructure and establishing itself as a key player in delivering integrated network services across Africa. Paratus is managed by a passionate and professional operational team in six African countries – Angola, Botswana, Mozambique, Namibia, South Africa, and Zambia.  The business’s extended network provides a satellite connectivity-focused service in 28 African countries and to thousands of remote customer connections in Africa. This connects African businesses across the continent and delivers end-to-end service excellence. The group’s footprint extends beyond Africa to international (points of presence) PoPs in Europe and the US.

Born and bred in Africa, Paratus is thinking big as it grows its footprint to deliver Africa’s quality network.   By understanding the unique opportunities that Africa offers business and individuals to break boundaries and to connect without limits, Paratus is committed to raising the bar for providing quality connectivity in Africa.